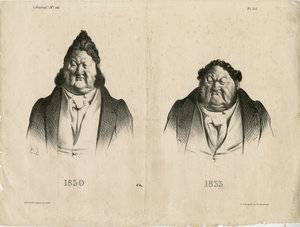 ”In the beginning was the image, since God had not invented reading. And the image was made flesh, in the form of beasts, hands, and figures upon a wall. And the wall was in a cave and the purposes of the people who made the images were known only to themselves but became a matter for debate when the caves were rediscovered tens of thousands of years later. Authoritative sources attribute largely cultic, shamanic or religious significance to these drawings. The observational talents of the unknown artists are obvious. Yet would we deny our forebears a sense of humour? Or even satirical or critical intent?

Cartoons are as old as drawing, though the use of the word in its present meaning dates back very precisely to a particular drawing, “Shadow and Substance” by John Leech in an edition of Punch magazine, published in 1843 now known as “Cartoon Number One”. The word at the time simply meant a life-sized working drawing for a tapestry or wall painting. The cartoon itself refers to the commissioning of designs for patriotic scenes from British history to adorn the walls of the new Palace of Westminster (the old one having burnt down in 1834) and is not remotely funny. This is not because the joke has gone stale and disappeared with age, since it was never intended to amuse. The cartoon is intended to disturb. Thus the word entered our language.

Why then have a Cartoon Museum if we cannot even define the word itself? Has not the word “cartoon” come to mean something that trivialises and grossly oversimplifies? And “cartoonish” become a byword for crudity and shoddiness? Not, I hope, if you are prepared to open your eyes to this wonderful collection of drawings. The artistry on display here defies description because of its sheer variety. Yet one quality unites all the works here: they stand-alone, autonomous, resisting even rudimentary categorisation. They are works of art with an ulterior motive. They observe, report, disturb. amuse, attack, poke fun and pontificate. They are elegant, crude, tasteful, disgraceful, kind, cruel, and unruly. They have no viewpoint, other than that of being human in a particular time and place. They come singly or in serried ranks. Their biases are manifold, and tell us more about ourselves than any number of think-pieces in any distinguished journal ever could.” 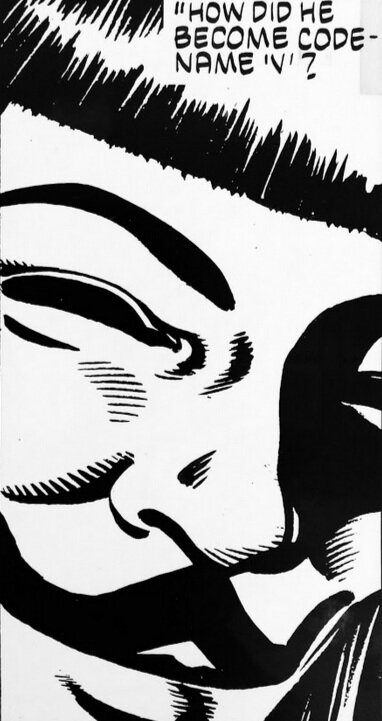 V for Vendetta: Behind The Mask

This major new exhibition invites you to step inside the story and characters of one of the world’s most iconic graphic novels: V for Vendetta.

Presenting 36 original comic artworks alongside storyboards and costume designs from the hit Warner Bros movie, V for Vendetta: Behind the Mask charts the rise from comic to graphic novel, Hollywood film to iconic symbol of protest.

Featuring exclusive never-before exhibited works, including an original prototype mask from the film, this new show also explores the voices of protesters in the real world and asks you to explore your own beliefs about big ideas, from protest and rebellion to freedom and justice.

Exhibition organised by The Cartoon Museum in collaboration with David Lloyd. Presented with permission from DC Comics and supported by funding from Arts Council England.

Alongside our amazing new V for Vendetta exhibition, we want to hear your protest stories for a new online display! Click here to find out more 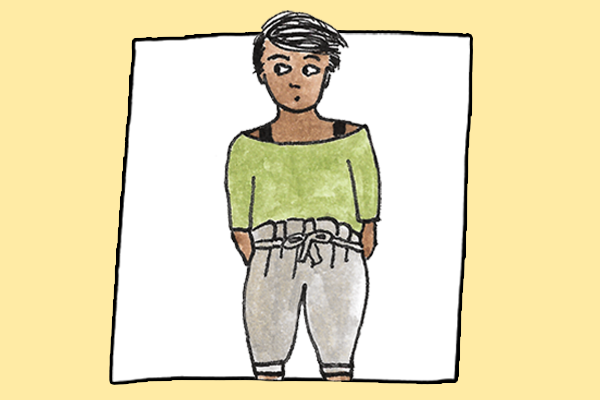 “This collection of comics traces a journey beginning in 2015 and ending sometime in 2020. It’s my process and my truth – if there is such a thing. It is, at the very least, an opportunity for you to be inside the mind of a 20-something British Indian woman navigating the 21st century. I hope it lets you connect to the experience of being human – completely flawed, fucking confused and overwhelmed but still mostly laughing.”

Explore the world of cartoonist and visual artist Natasha Natarajan through this intimate display of her comics, zines, music and animation. Natasha is the creator of the autobiographical comic strip

Exhibition organised by The Cartoon Museum in collaboration with Natasha Natarajan. Supported by funding from Arts Council England. 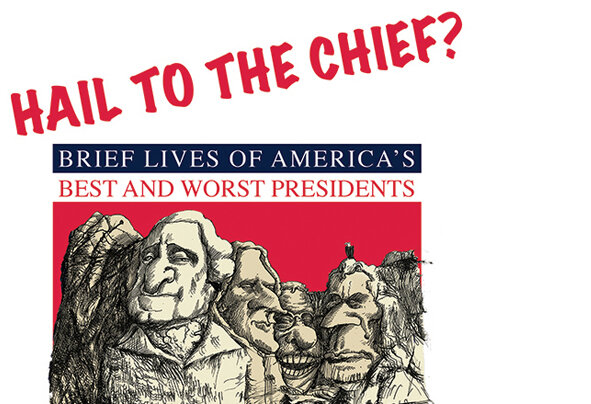 Hail to the Chief? Brief Lives of America’s Best and Worst Presidents

How did the United States get from George Washington, a president often hailed as a moral exemplar, to Donald Trump, a man widely denounced as a disgrace? Is Trump part of the American tradition, or a dreadful aberration?

This exhibition accompanies the launch of the book written by journalist Andrew Gimson and illustrated by cartoonist Martin Rowson.
Presenting original artwork by Rowson and labels written by Gimson, the display features the duo’s pick of the best and worst leaders of the United States from the past 231 years.

*You can now enjoy this exhibition free online. Click here

Philip Poole sold and repaired pen nibs for cartoonists all over the world from his shop ‘His Nibs’ at 182 Drury Lane and in later years from a concession within iconic London art supplies shop L.Cornelissen & son. He owned the largest collection of pen nibs in the world, and was internationally renowned for his unparalleled nib knowledge, and talent for sourcing the rarest of pens.

‘Dear Mr. Poole’ displays a never-before-seen collection of illustrated letters written to Poole from cartoonists around the world, such as Ralph Steadman, who Poole famously developed a friendship with over many years. This charming personal collection acts as a love letter to the often-overlooked tools of the trade as well as providing a unique snapshot of the international cartoonist community, from Serbia to Scotland, New York to Brazil, in the late 20th century.

The display also shows a selection of objects from Philip’s personal collection, on loan from the The Museum of Writing Research Collection, and a collaboration with students from the London Film School, interviewing cartoonists and comic artists about the materials and processes they use to make their work.

The exhibition is accompanied by a *programme of special talks and events. There will also be a variety of regular weekly events, including live dip pen demonstrations, and a pop-up ink lab.

Entry to the exhibition is included in the entrance ticket price.

*All events for this exhibition have been cancelled due to COVID-19. 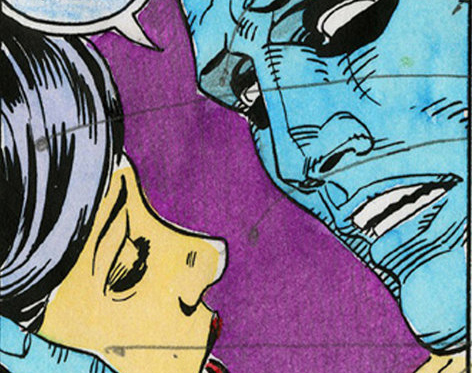 In 2014 is was announced that Dave Gibbons was to be the UK’s first Comics Laureate, a role set up by the Lakes International Comics Festival.

Since then we have had Charlie Adlard of Walking Dead fame take up the cape (yes, there really is a cape) and since the start of this year we have had Hannah Berry as the laureate.

We will be displaying work from the 3 laureates in the museum as a in focus display.

We will be displaying Dave’s pieces from our collection, Charlie has kindly loaned the museum the last 5 pages of the Walking Dead and pieces from his new comic, Hannah’s work will be from 3 different pieces that she has worked on. Along side each we will find out from each of them how it was to be asked to the Laureate, also we hear from LICF about why they set up the role.

We will also be hosting an evening talk on 13th Nov from 6.30 – 8.30 where the 3 of them will be under one roof to talk about all things laureate. 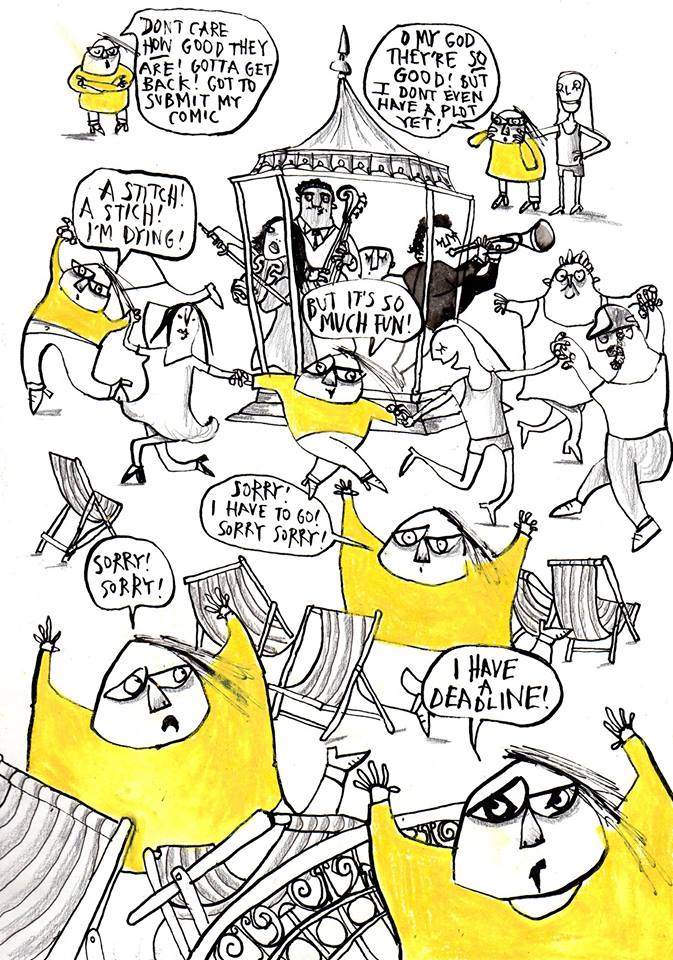 , and have been selected from a longlist of nominated comics artists as finalists for the first AFFA in Comics. The recipient of the £10,000 award will be announced at the Arts Foundation Futures Awards on the 27th January at the ICA where all runners-up will also receive £1,000 awards towards their practice. The award was judged by three revered comics artists Woodrow Phoenix, Hannah Berry and John Allison who said; "The four finalists all draw from different schools of cartooning, but each exemplifies the greatest strength of good comics - the easy communication of complex ideas."

The four finalists will be talking about their work with Comics Laureate Hannah Berry at a special event on Saturday 19th October at 12.00. Tickets are £5 and can be booked

Comics are easily one of the most vibrant and inventive areas of the arts in the UK today, with both the breadth of work produced and the forums created around growing exponentially over the last fifteen years. Talking about the award, Hannah Berry, comics laureate and a judge for this year ‘s award noted;

‘The medium is still woefully underrepresented in terms of funding and support, and limited opportunities mean that very rarely can creators afford to get a foothold and take their work to the next level. The Arts Foundation Fellowship is a crucial lifeline, offering not only the financial support artists need but the motivation of having such a prestigious organisation in their corner.’

The four finalists will be celebrated at the Cartoon Museum as The AFFA in Comics 2020 will take over the ‘In-Focus’ section of the gallery from the 18th Oct – 1st Dec featuring both original and printed work. 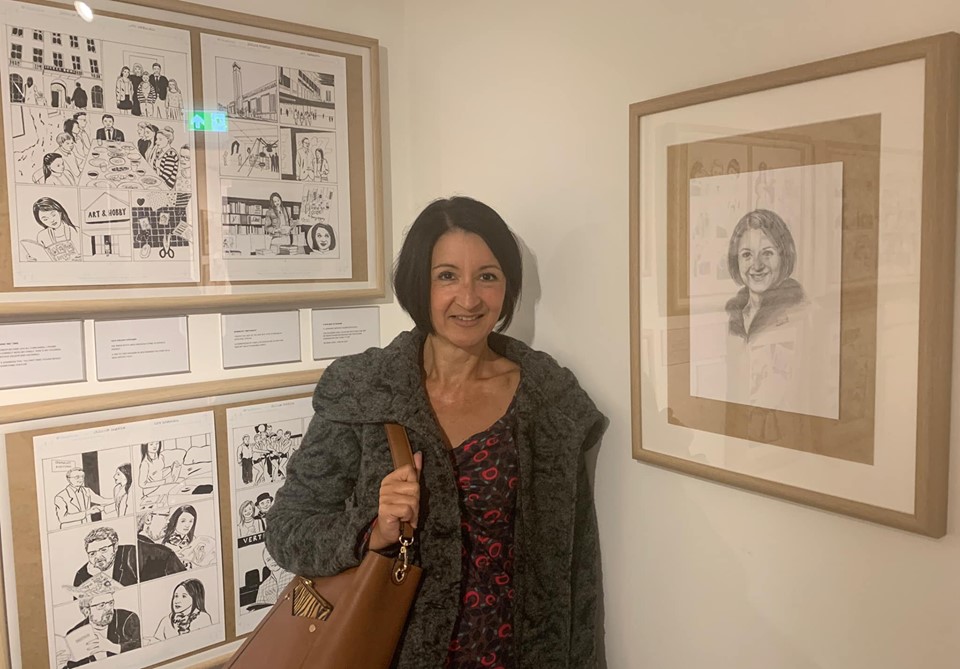 It is our great pleasure to have Jessica Martin as our next display in our In Focus box.
Jessica has had a wide ranging career, star of stage and screen, and now graphic novels.
Jessica has graced the boards of West end stages in musicals like Me and My Girl and Elf. Used her acting chops in Doctor Who is Mags - a punk werewolf - and leant her voice acting to Spitting Image.
Jessica has recently published her graphic memoir Life Drawing: Life Under Lights that takes you on a journey from her early life though her career and how she ended up making her way in the world of Graphic Novels. The display is made up of her original drawings from Life Under Lights as well as ephemera from thoughtout her life. The In Focus space is a small display within the gallery that can be used for smaller displays that we can change as often as we like.

To celebrate Pride and the release of her new book Girls Guide to Sensible Footwear, our opening In Focus display is Kate Charlesworth, curated by our Front of House and Retail Manager Alison Brown.

The display starts with how Kate works and plans things out, it’s not often you seen how an artist plans out what to do. Then some pieces from the pages of the book, a little potted ephemera history including Kates Leather Jacket with badges. Finishing off the display with Agony Dyke with Auntie Studs Kate’s cartoon alter-ego. 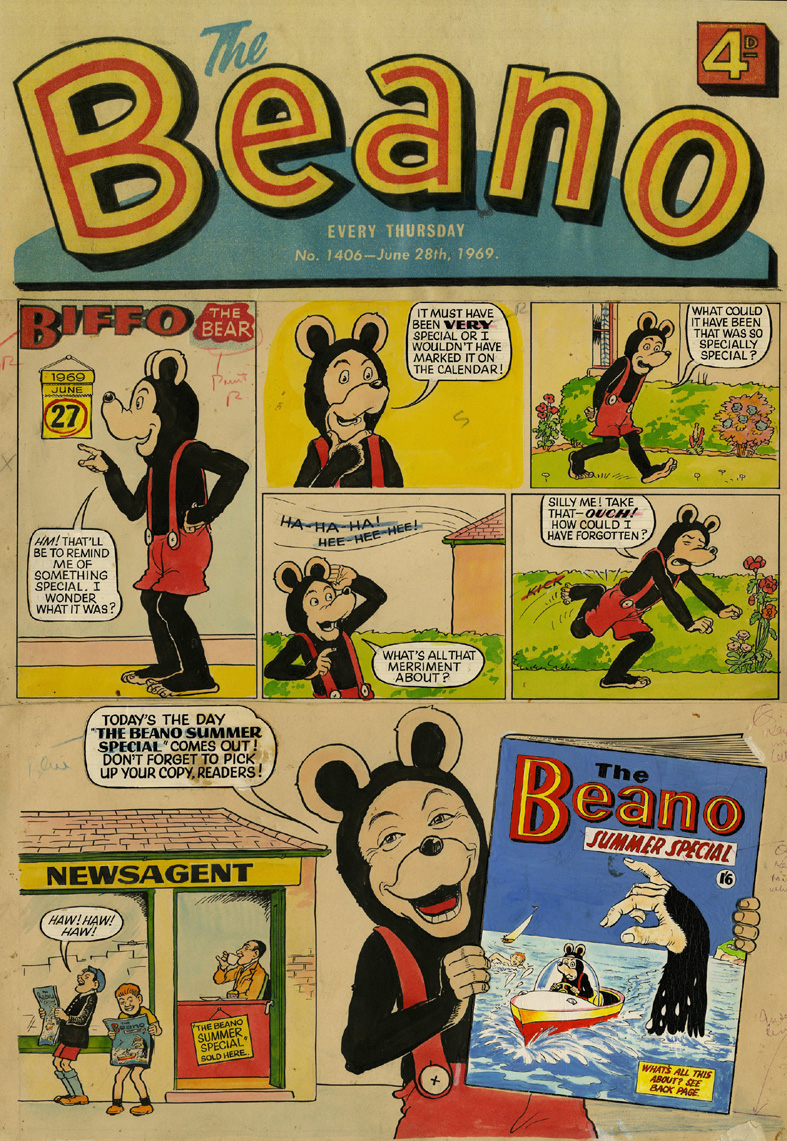 Comic Creators, the Famous and the Forgotten

A new exhibition celebrating the world of comics, curated by Comics Curator Steve Marchant.
Grateful thanks to the National Lottery Heritage Fund.

Since 2014, the Cartoon museum's Comic Creators Project has
been collecting original British comic art with the aid of a major grant from
the National Lottery Heritage Fund.

The Project has also benefited from loans and donations by
artists, collectors and publishers, making more than 400 pages available for
public display and academic study.

Alongside the work of comic creators lauded in their
lifetime or rediscovered since, this exhibition -barely a quarter of the
collection- features work by remarkable writers and artists that slipped
through the cracks of comics' history and have been unjustly forgotten, rarely
mentioned in print or online.